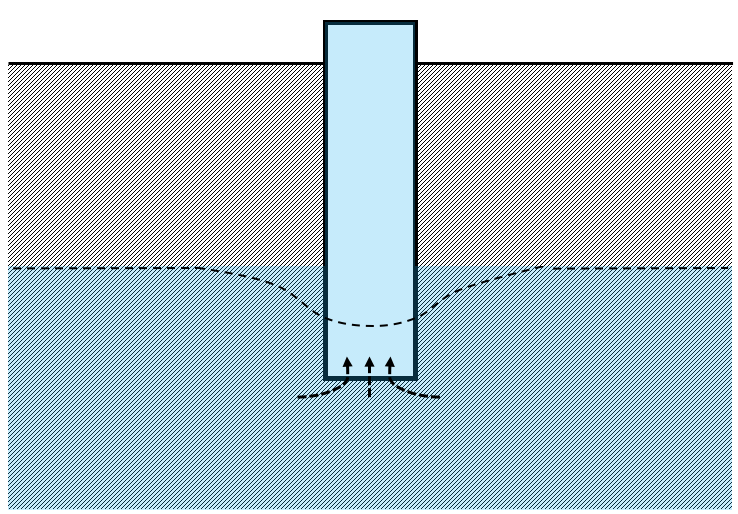 In this post, we'll break down the meaning of pumping efficiency so we have a clear understanding of what's being measured, what the numbers mean, and how it can affect your farming operations.

Suppose we have a bushel of apples to move across a field.

The work output we want is getting the apples from where they are across the field and into the shed.

To do this, we could drag the bushel across the ground.  We'd eventually get the apples to the shed, but it would be hard and tiring.

Another way to do this would be to put the apple bushel in a wagon.

As an engineering concept, mechanical efficiency is generally defined as the ratio of work output by a system to the work put into the system.  It is a percentage, and it can never be greater than 100%.

Since work and energy are equivalent, it is just as correct to say that mechanical efficiency is equal to the ratio of work output by a system to energy put into it:

Irrigation pumps require an energy source to move water.  This is typically an electric motor these days, although some pumps still have internal combustion engines as a power source.  In the case of electric motors, we tend to measure the energy put into them in kilowatt-hours (kWh).

Conceptually, the job of an irrigation pump consists of getting the water from where it is to where you need it to be.  The work it does is defined by the quantity of water being moved, and the difficulty involved in moving that water.  The quantity of water in an agricultural setting is usually thought of in acre-feet, a unit of volume (V).  The difficulty to move the water is referred to as total dynamic head (h).  We also need a constant (k) to make the units of measure agree, since efficiency is a percentage. Then the equation becomes

Total dynamic head for a groundwater pump can be broken apart into a few pieces of information that are provided on pump test reports:

Then the total dynamic head is given by

With energy input in units of kWh, head in feet of water, and volume in acre-feet,

Putting it all together

This brings us to our final form of the pumping efficiency equation for irrigation pumps:

Thanks for hanging with us throughout this educational series. We hope you learned something and can apply it on your farm to drive energy and water savings!

Nathan Taylor, P.E. is a mechanical engineer and an Energy Analyst with Wexus Technologies, Inc. Nate eats energy and water data for breakfast and is an expert at dodging car and foot traffic while riding his scooter in San Francisco.